The 2017 MFTHBA Three Year Old Futurity and Spring Show has come and gone. The 4-day event held at the MFTHBA showgrounds in Ava, MO showcased some of the finest up-and-coming and seasoned performance horses in the breed. 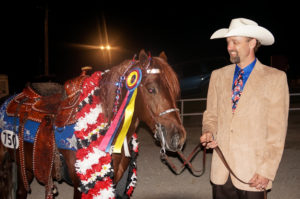 Exhibitors also had the opportunity to participate in cattle sorting competition and other versatility events throughout the show in addition to the evening model and performance classes.

The main event of every Spring Show is the Futurity Championship classes on Saturday night. 2017 did not disappoint. Great horses and perfect horse show weather made for an ideal culmination to the week. 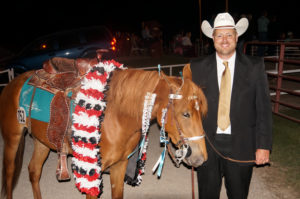 The Owned and Trained division was won by Brent Abbott on a mare he and father William Abbott raised out of their stallion, Gunslinger’s Guns and Roses A. and a daughter of Jester’s Charming King. The Abbott’s helm from London, AR.

The Amateur division champion was Party Central, a son of Grand Central and an Outlaw’s Patriot mare, owned by Darrell Lindsey and Rick Brown of Lebanon, MO, trained by Randy Williams and exhibited by Jarrod Freeman.

For a full list of results visit: MFTHBA Spring Show 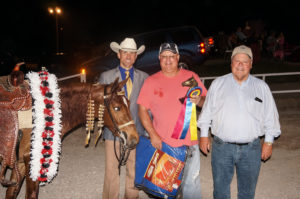